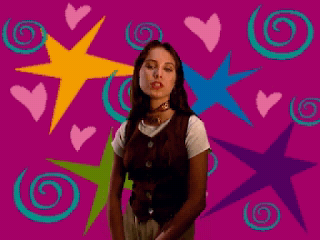 Genre: Educational
Perspective: 3rd-person
Educational: Geography, Graphics / art, History, Math / logic, Reading / writing, Science
Published by: Studio 3DO
Developed by: Studio 3DO
Released: 1994
Platform: 3DO Interactive Multiplayer
A group of kids decided to multiply their savings by buying out a bankrupt television studio. 5 shows are launched at once, everything is natural for children, and you can participate as a producer in any of them, or in all of them in turn, as you wish. The guys tell you what they would like to see, and you go out of your way to realize it.
All game shows are designed for quick wits and elementary education, you will need to guess something, write something, or count, but without knowledge of English it will be difficult. After successfully completing the round, you are invited to watch a portion of the show that you worked on as a reward.
The action is beautifully animated, real children tell and show something against a drawn background, so it's worth looking at it, something like this can now be seen on children's entertainment channels, but then it was only 1994! The tasks are not very difficult (maybe because I chose a simple level), and in general, if you are not curious, the game will quickly get bored, as some videos start to repeat many times.
In general, the game is rated 6-7 on a 10-point scale.
‹
›
Home
View web version