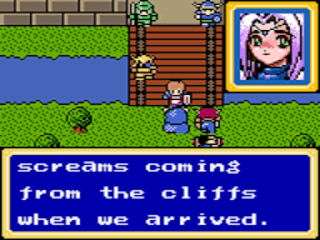 Genre: Role-Playing (RPG), Strategy / tactics
Perspective: Top-down
Pacing: Turn-based
Setting: Fantasy
Published by: SEGA of America
Developed by: Sonic Co.
Released: 1994
Platforms: SEGA Game Gear (GG), SEGA CD / Mega-CD
This is not a sequel to Shining Force: The Legacy of Great Intention for the Genesis, but for the Japanese game Shining Force Gaiden. After a long war between the kingdoms of Cypress and Gardiana, both sides decided to make peace. The reason for this was a new threat from the evil empire Iom. The prince of the kingdom of Cypress Nick, in the fight with Iom, lost his hand - it was turned into stone. And now he cannot wield the legendary Hajya sword. However, he hires people with whom he will have to bring down the Iom empire together. The game is a strategic RPG with a typical Shining style: you spend most of your time in turn-based battles.
‹
›
Home
View web version